If you look up ‘Self-fulfilling prophecy’ at Wikipedia you will find:

The self-fulfilling prophecy is, in the beginning, a false definition of the situation evoking a new behavior which makes the original false conception come ‘true’.

So if you think you will fail a test because for example you are simply not good at math, chances are you will fail that test!
Often we associate a self-fulfilling prophecy with negative events, but why wouldn’t we use it to make something positive happening?

Just last week I had a problem to solve where I had a hard time finding the right solution. I had tried things that didn’t work and was kind of stuck. Then I decided to do something different. Not looking at the past or even the present, but at the future! I suddenly ‘knew’ what the solution would be and what was going to happen. 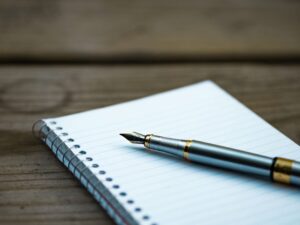 Instead of thinking how I would get there I just kept that feeling and I wrote down what would happen. Just ‘seeing’ it is probably fine too, for me it works best if I write it down. In this case I wrote an e-mail and actually sent it to somebody ‘telling them what happened even before it happened’.
As with a true self-fulfilling prophecy it worked! The beginning of the solution is already there. I am going to succeed with this! I know it; I have seen it with my own eyes !

So next time you have a problem that you can’t seem to solve, try this. Write yourself a letter from a perspective of a week a month or year later, telling yourself what you have done to solve the problem. Make it as real as possible, ‘see’ what you have done. Chances are you will have yourself a self-fulfilling prophecy!

About Colinda 17 Articles
about me...

SF and Agile, IT works!

Learning by using what you ‘already know’s

One of keys to success in Agile software development is the ability to learn and embrace change in order to deliver value. This applies to both teams and individuals in that team. In the solution […]

Your nightly build breaks more often than not and you really need to fix it. You ask one of the team members ‘Why does the build break almost every night?’ You don’t have any intention […]

My columns on Innovation Origins